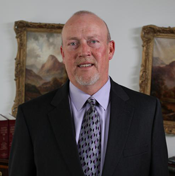 Michael Bowen is senior vice president for Bernardi Securities. Michael has been with Bernardi since 1990. Michael has extensive industry knowledge with more than 40 years of local government experience. During his time at Bernardi, he has brought hundreds of millions of dollars in municipal bond transactions to the market, across the entire Midwest.

Michael is a member of the Union League Club of Chicago, the Masonic Lodge of O’Fallon, IL, the Early Childhood Foundation of O’Fallon School District #90, IL, and the Ainad Shriners in East St. Louis, IL. He is a former member of the East – West Gateway Executive Advisory Council in St. Louis, Missouri and the former Chairman of the Board of Trustees at Bellville Area College.

Prior to joining Bernardi, Michael served as a vice president in the public finance department of Centerre Bank in St. Louis, MO, and as a city administrator in the City of O’Fallon, IL. He holds B.A. in political science and a masters degree in public administration from Southern Illinois University, Carbondale.