It appears the Federal Reserve Bank is about 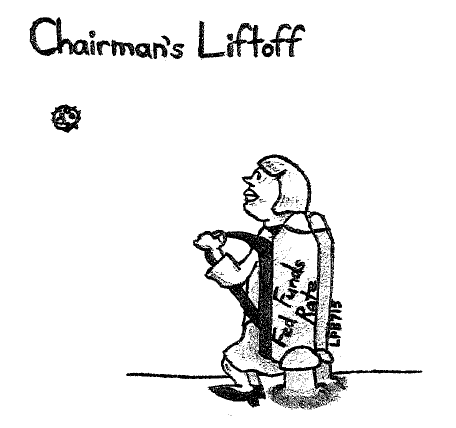 ready to start raising short-term interest rates. What will happen to longer-term yields when the Fed begins the ‘tightening process’ is anybody’s guess. Anything can happen of course, but perhaps the future movement of interest rates is more predictable than many realize. History and facts are far better tools to rely on as possible clues rather than much of the endless talking heads’ chatter.

The Federal Reserve is charged with a two-fold mission: maintain price stability and at the same time, maximize employment – otherwise known as the dual-mandate. Typically, when the Fed raises short-term rates, it does so because it believes employment is near its maximum capacity and that inflation is taking hold. Essentially, it is tapping the brakes to keep the economy from overheating. Some will argue the point that there is still a lot of slack in the real unemployment rate and that global economic issues should keep the Fed at bay presently but sooner or later, the Fed Funds rate and the Discount rate are going to start ticking up.

Historically, major participants in the bond market, i.e. traders and investors have “told” the Fed where they thought bond yields should trade. Their demand (or lack thereof) drove longer-term yields up or down based on their expectations of future inflation. Market participants demanded more yield if they believed inflation would erode the buying power on the return of their investment and demanded less yield if they thought the inflation threat was waning. This group was coined the “bond vigilantes” and they were a powerful force in the early 1980’s.

The Fed’s programs of recent years, Quantitative Easing measures and the zero-interest rate policy (QE and ZIRP) have effectively neutralized the effect this group had on determining bond market yields and so the hey-day of the bond vigilantes has passed. Because the Fed is the $4.4 Trillion gorilla in the market, interest rates and bond yields will remain suppressed for as long as the Fed desires.

Recently, the yield on the 10-year Treasury Note yield climbed from 1.65% at the end of February to a high of 2.48% mid-June—This is a rather large increase in such a short period and a clear signal that the market wants the Fed to start tightening.

In its June meeting however, the Fed left the short rates unchanged. As long Fed policy remains tethered to its zero-percent, Fed Funds rate, it will be hard for longer-term yields to break out of range as well. That said, looking to history, once the Fed does start to move we usually see yields climb across the yield curve. However, if the Fed acts too soon or if they were to overreact and monetary policy becomes too tight, the yield curve will flatten and may even invert—a situation where long-term yields end up lower than the Fed funds rate. As seen in several, previous articles but still very appropriate today, shown below is an examination of what has happened to yields during previous Fed cycles.

Shown below is an analysis of the past four Fed credit tightening cycles along with the resultant yield for the 10-year Treasury note during the same period. You will notice that the fed funds rate actually ended up higher than the yield on the Treasury in three of the four cycles.

*Fed funds rate figures for this period are approximated as Federal Reserve decisions were not officially announced at the time.

What to Expect This Time Around and What to Do?

While we don’t expect long-term, municipal bond yields to hit 6.00% (or even 5.00%) any time soon, we have recently seen good quality, long-term bonds in the 4.00% range. As our Chairman, Ed Bernardi  has said for more than 50 years, an effective method for investing in the municipal  bond market is to ladder a portfolio of good-quality, individual municipal bonds with quality and duration metrics, suited to an investor’s needs and risk tolerance. By staggering maturities the portfolio will periodically  have funds coming due to reinvest at the prevailing rate. This turns a rising interest rate environment into an opportunity instead of a threat.

I hope this information is helpful and if you have any comments, questions or concerns, please do not hesitate to contact your Investment Specialist or Portfolio Manager.