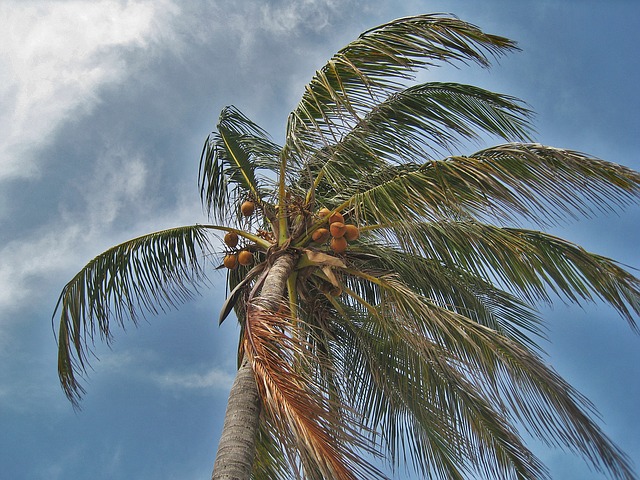 The tragic storms over the past months highlight the concept of “event risk” investors face while investing in the municipal bond market. Event risk is a term more closely associated with the stock or corporate bond markets, where an underlying credit can be significantly impacted on a short term basis by an unforeseen event. Substantial credit deterioration in the municipal market traditionally resembles a slow moving train wreck (e.g. Detroit, Puerto Rico, Hartford).  That said, events like Irma, Harvey, and Maria can create massive shocks to the system, potentially impairing fiscal balances enough to create distressed credits from an otherwise healthy or stable state. What can we learn from such events and their impact on the municipal market? Also, how does sound credit analysis account for such risk?

“How did you go bankrupt? …Two ways. Gradually, then suddenly.”

Although municipal defaults are historically rare, the effects of two recessions in ten years and anemic growth post the “Great Recession” has taken its toll on mismanaged localities. Therefore, general obligation default rates are relatively higher in the last seventeen years compared to the previous fifty.[1] The silver lining in the credit analysis process is that a solid process usually detects significant credit deterioration long before a default or bankruptcy occurs. The pace of credit deterioration is also relatively slow compared to corporates. Moody’s notes in the their latest US Municipal Bond Defaults and Recoveries, 1970-2016  report that “Rating Transition Rates” are much higher for corporates compared to municipals. For example, after one year, 1.93% of AAA rated municipals are downgraded to AA, while 11.78% of corporates in the period 2007-2016. The slower fiscal transition speed of municipals is due to the inherent stability of their cash flows, multiple levers available to close gaps, and –for more impaired credits – “kick-the-can” mechanisms which can delay the day of reckoning.

However, the event risk of a 1-in-1,000 year storm can speed up those rating transition rates to the downside. Offsetting this risk are significant safeguards and backstops already in place, which indirectly protect bondholders.

Federal and State Aid: A $15.2 billion hurricane relief bill passed Congress to aid victims of Harvey in Texas and Louisiana. Irma and Maria victims are next in line, with additional funds needed for future Harvey recovery efforts. We should be getting a more exact figure this month from Congress on additional aid. Some have speculated at least $100 billion will be needed for Harvey victims alone.

Federal aid plays a substantial remedial role. In fact, Houston’s controller noted that the city will not need to sell any new bonds for storm rehabilitation capital projects. He noted that FEMA reimburses anywhere from 75-90% of costs incurred, significantly reducing the burden on local taxpayers.

Other forms of federal aid include the Community Development Block Grant program, which has distributed more than $50 billion in disaster recovery funds since 1993 and made up 17% of the $120 billion in federal disaster aid paid out after Hurricane Katrina in 2005. The program gives states much more flexibility in distributing aid to localities to help them rebuild after disasters. Additionally, FEMA partners with the U.S. Small Business Administration (SBA) and offers low-interest disaster loans to homeowners, renters, and businesses of all sizes.

Local units of government receive approximately 80% of their revenues from property taxes. These federal and state aid sources help to stymie significant property devaluation after catastrophes, which help to stabilize the underlying credit of their outstanding debt.

Private and public insurance: private home insurance is another stabilizing factor in preserving local taxing capacity and valuations, as it incentivizes homeowners to stay current on property tax payments. While wind damage is normally covered in basic homeowners insurance, “acts of God” (natural disasters) are not covered. However, homeowners whose property is located in designated flood zones are required to buy a policy – which is enforced by mortgage-issuing banks. Many residents purchase supplementary flood insurance as well.

Although 20% of Houston-area homes are covered by flood insurance, it has been noted that most of southeast Texas was not considered high-risk flood zones, therefore, FEMA-mandated flood coverage was not purchased. It will be interesting to see if FEMA readdresses the zoning policy in light of recent storms.

Public insurance plays an important role as well as municipalities are covered by their own carriers. Baytown, TX recently noted it expects to cover most of its cleanup costs through a combination of FEMA and insurance reimbursements.  State programs, such as Florida’s Hurricane Catastrophe Fund, also help to stabilize the insurance market in times of stress.

The event-risk produced by these extremely powerful storms brings credit analysis to the forefront when constructing and managing a portfolio. Financial flexibility and market access are the two paramount metrics when analyzing an issuer’s ability to fiscally endure a natural disaster. Geographic diversification within your portfolio is important as well to protect against such occurrences. We have found many investors like to invest close to home for familiarity and social reasons (outside of taking advantage of the potential double tax-exempt feature). We highly recommend diversifying beyond your given state and region. For example, our Intermediate strategy has a top single state holding of 12.53%.

The potential dichotomy of the U.S. Virgin Islands and Houston’s post-storm fiscal recovery demonstrates the importance of fiscal flexibility. The USVI was already a downtrodden credit coming into hurricane season. Unfortunately, the recent storms have the potential to be the coup de grace for the credit, as they are a direct hit to the vital tourism industry. The ability to access credit on the open market will be severely hampered as well. In contrast, Houston does not appear to have a suffered a significant fiscal impact and has no need to add leverage for revitalization efforts.

Natural disasters followed by significant amounts of federal aid may also revitalize an otherwise weak local economy.  It is interesting that New Orleans has emerged as a healthier credit in the twelve years since Katrina – in large part due to the significant amount of federal aid received. We think the potential for a comparable Virgin Island rebirth is unlikely, nor worth speculating on for the mattress-money allocation of your portfolio.

In conclusion, “acts of god” certainly present event risk for the municipal bond market. However, a combination of bottom-up credit analysis, diversification, and insurance-mechanisms should protect portfolios from suffering permanent damage.

Bernardi submits letter to the U.S. Securities and Exchange Commission